Bioenergy grasses promise to provide a sustainable source of renewable fuels for the US bioenergy economy.  These dedicated second generation bioenergy crops can be grown on marginal lands and with fewer inputs than traditional row crops such as corn which requires energy intensive annual planting and the addition of chemical fertilizers. To engineer bioenergy grasses with the desirable traits needed for large scale production, it will be necessary to develop model systems that are closely related to bioenergy feedstocks, but which are more amenable to genetic analysis. One of the most promising model species is Setaria viridis.   S. viridis, like all major feedstock targets, is a C4 panicoid grass.  However, it is much smaller in stature, flowers within 6 weeks of planting, and can be easily transformed with genes of interest. 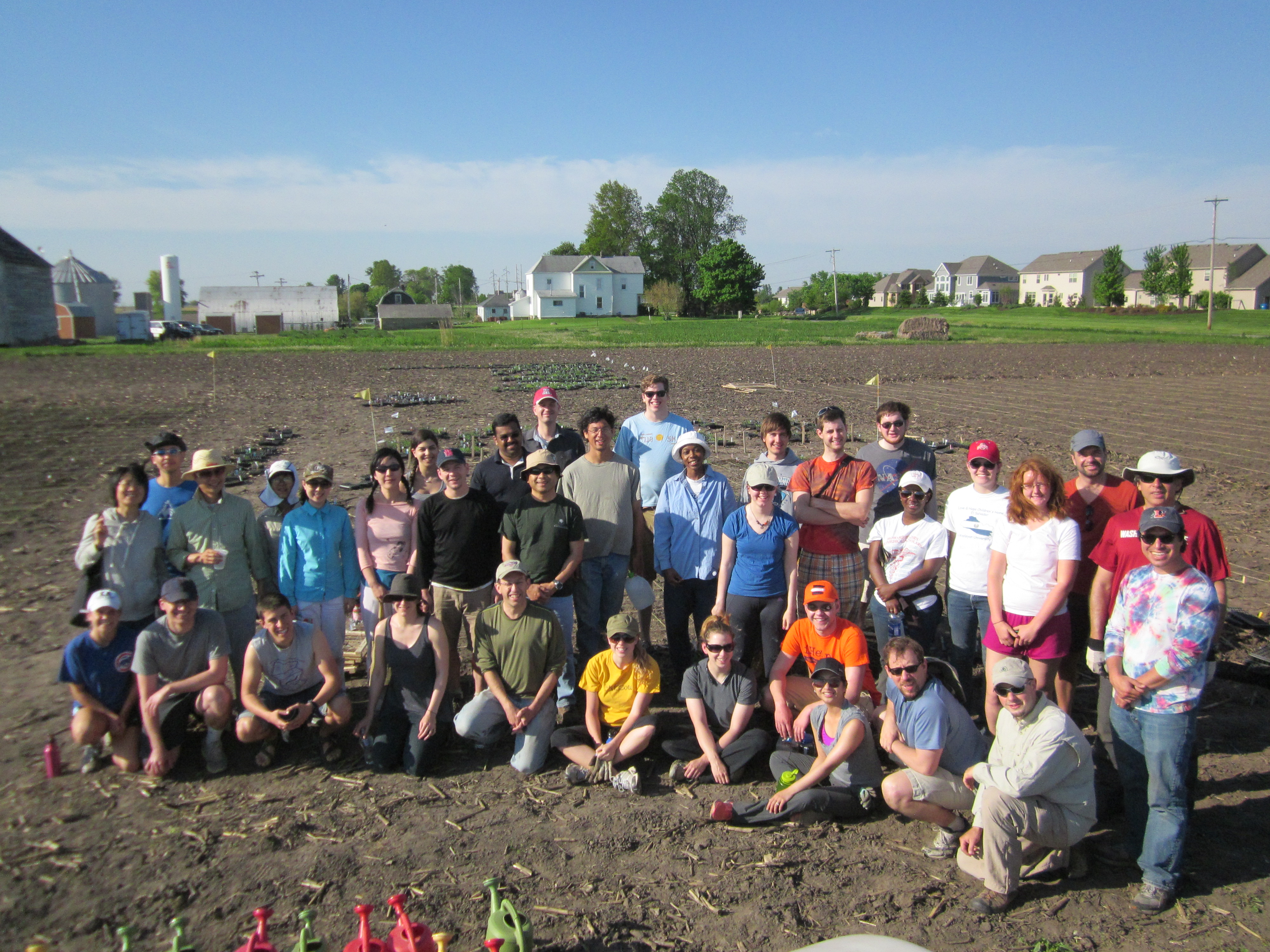 The objectives of this project are to utilize genomic, computational, and engineering tools to begin the genetic dissection of drought and density response in S. viridis.  The ability of bioenergy feedstocks to utilize water efficiently and to produce abundant yields at high density will be major drivers in the development of improved varieties.  Through the use of S. viridis, we hope to discover the molecular mechanisms that underlie this response and in doing so identify candidate genes and pathways for improving the closely related feedstock grasses.  Importantly, we will also begin field studies to assess the ethical, legal and societal implications (ELSI) in anticipation of broad adoption of these technologies.

This project is funded by the United States Department of Energy's Biological and Environmental Research Program Grant number DE-SC0008769.